Literacy: One of the Great Miracle Cures 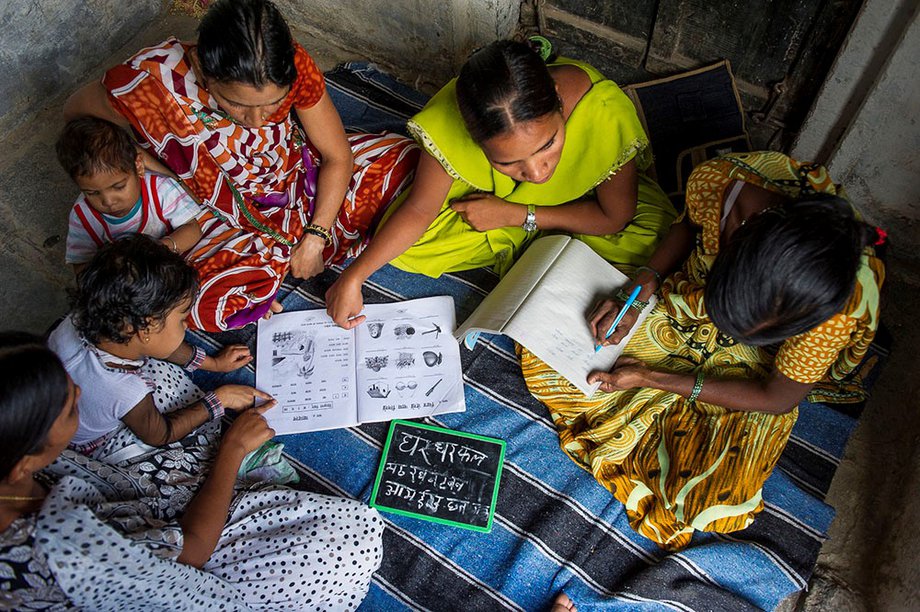 We readers have long lost the joy of discovering that the squiggly marks on a page of paper can be interpreted or that the same kinds of marks can be learned and replicated with chalk, ink, pen or pencil. We don’t understand because we read and write and often take for granted the treacherous limitations illiteracy places on the human spirit as well as on human potential.

Perhaps one story will help us again remember the wonder of our own unrecognized reading and writing capacities. This is about Mandeepa.

Due to the early death of her father, Mandeepa and her five other siblings were raised by a struggling mother. None of these six children were able to attend school, and at the age of 13, Mandeepa started to work as a household maid to support her single parent. Eventually, as is frequently the case, a marriage was arranged for Mandeepa, which quickly produced a son and a daughter.

At the age of 16, Mandeepa started attending a local church where the young woman received a Bible of her own—but having never learned to read and write, she, of course, only saw strange markings on the page. Her heart was filled with a longing to read the words and to learn more about the Heavenly Father the book taught about, but this was impossible, and the young woman was disconsolate.

Mandeepa’s husband was also illiterate. Their daughter was fortunate to attend school, but her growing ability to read only pointed out the lack in her mother’s education. How Mandeepa wished she could help her daughter with her schoolwork. This parental lack only increased the woman’s desire to read and write like her children.

Then the GFA-supported Women’s Fellowship at her church initiated literacy learning classes.

Mandeepa was now 32 years old, and after a year of study, she could finally read the Bible she had received 16 long years before. One of the first things she did when this “great miracle cure” began to have effect on her, banishing the shame and frustration of ignorance caused by lack of education, was to memorize John 14:15: “If you love Me, keep my commandments.”

There are more than 250 million women in Asia today who are illiterate. It’s impossible for them to help their children with schoolwork. In addition, the instructions on medicine bottles, road signs, notices from the government and legal papers are all indecipherable— and this in a society that is increasingly dependent upon the written word. Those who desire to read God’s Word can’t do so. Technology can’t be accessed unless a user is highly literate. One must be able to spell, to read commands, to type letters that form words if the digital world is to be accessed.

Illiteracy is a kind of intellectual limbo, and no matter how naturally intelligent a person might be, the very descriptor “illiterate” indicates inferior mental capability.

Across Asia today, hundreds of millions of people — especially girls and women – live in extreme poverty with the humiliation of not being able to write their own name. We aim to change that.

Worldwide, entire villages with increasing levels of literacy are making social and economic gains when even just a small percentage of the villagers learn to read and write. Much data (a preponderance of which is examined under the general category of education) gives good cause to make the assumption that learning to read and write is one of the “great miracle cures.”

Across Asia, GFA-supported national workers are teaching thousands of girls and women to read and write, holding classes in cities and villages.

"Literacy has a tremendous power,” says Dr. Yohannan, “enabling people to participate fully in society and improve their livelihoods. By God’s grace, we are reducing poverty, improving families’ health and nutrition, and expanding their opportunities. Literacy is truly a miracle cure.” 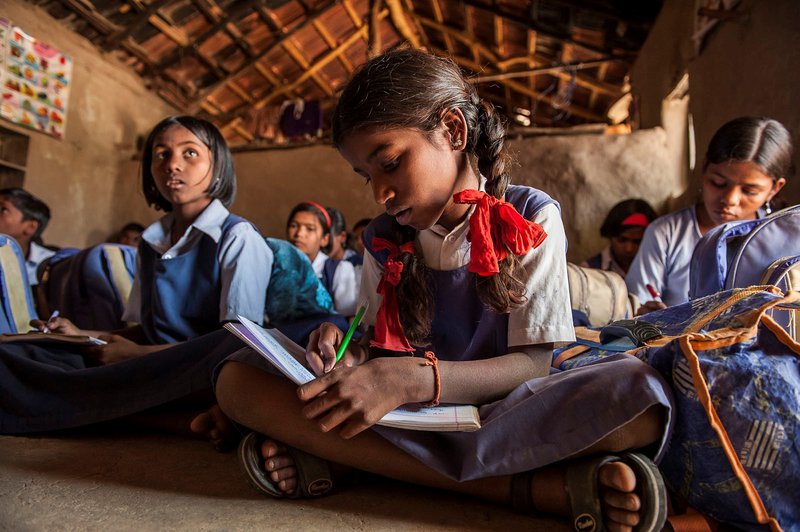 Kaavya, a woman suffering from leprosy, fulfilled a lifelong dream when she learned to read at the age of 64. GFA-supported workers visited Kaavya in the leprosy colony and invited her to a literacy class.“ I learned not only reading and writing, but also good habits,” she said. “I will not lose heart because now I can read.”

Women make up more than two-thirds of the world’s 796 million illiterate people, reports UN Women, a United Nations agency. And, according to World Population Review, there are 7.7 billion people in the world today — meaning one in every 10 people cannot read or write.

According to UNICEF, literacy rates have shown a positive trend in recent years, due to the multitude of programs and outreaches around the world to erase one of the root causes—if not the major root cause—of illiteracy, which would be a lack of educational systems. GFA-supported Bridge of Hope centres put an ax to this root cause by providing impoverished children free educational help.

Staff at these centres provide each student with the academic tools they need to excel in their studies. If they see a student struggling in a specific area, they take measures to help them learn and overcome their challenges.

GFA-supported workers (like the Sisters of Compassion shown below) are helping to solve the literacy gap in Asia. In just one year, they taught 61,880 women how to read and write by providing free literacy classes. Many of those women had never had the opportunity to learn such a valuable skill because their families were either too poor to afford education or didn’t place importance on educating their daughters.

“To be able to read and write is a gift of immeasurable worth,” said Dr. Yohannan, whose mission has served the poor and marginalized for 40 years. 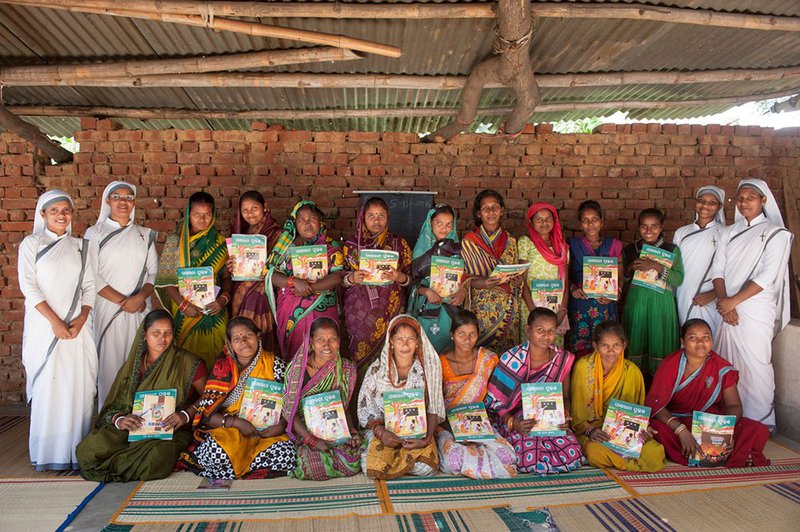