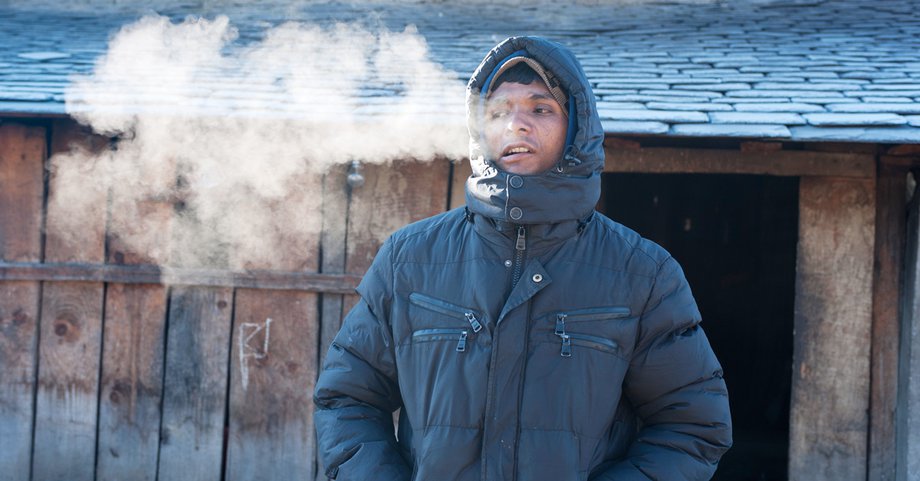 Ah winter! Some really look forward to it while others dread the winter months and can't wait for summer, even as the first snow falls. However we might feel about winter here in Canada, we are certainly blessed with access to and possession of good winter clothing and accessories. For many living in poverty stricken nations around the globe however, good winter clothing is simply not affordable, despite its great need! Learn how one young man living in poverty had his winter coat prayer answered:

Shutting the front door behind him, Balaark hugged himself tightly and pressed his thin, worn jacket to his torso. The icy wind stung his ears, painting them bright red. He felt the muscles in his entire body contract in a fruitless effort to ward off the invisible assailant. Balaark walked into the wind and began his course through the cold.

A cold wave had descended on the village where Balaark, a GFA-supported national worker, served. Each day, the bite of the wind and the falling temperature goaded him to stay indoors, to postpone sharing God’s love for a warmer day.

The winter is severe in my ministry place since it is surrounded by mountains. The cold wave affects our health. Visiting believers and doing [ministry is] difficult during winter without the proper warm clothes.

Many picture Asia as hot and humid, with residents sweating rather than shivering. While that is true of some areas, particularly during summer, many other regions experience extreme winters with snow and ice. In the area where Balaark ministers, winter temperatures often drop below freezing. Kirpal, another GFA-supported worker serving in a cold place, explains the impact of winter temperatures.

“The winter is severe in my ministry place since it is surrounded by mountains,” shared Kirpal. “The cold wave affects our health. Visiting believers and doing [ministry is] difficult during winter without the proper warm clothes.”

In these bracing winter conditions, it is common to see national workers like Kirpal and Balaark sharing God’s love with people huddled around outdoor communal fires.

No Stranger to Difficulty

Balaark is not a stranger to the harsh winters experienced in the area where he serves the Lord; he grew up in a village nearby. Nor is he a stranger to difficulty; Balaark grew up poor and marginalized.

Neighbours looked down on young Balaark’s family because of their heritage. But when Balaark suffered from a mysterious illness, the neighbours were convinced evil spirits tormented the boy. Rumours spread and malicious talk drove the family further into isolation.

Poverty stalked the harassed family. It was not long before school was a forgotten childhood memory for Balaark. He worked day-labour jobs to help his family survive.

Trapped in a hopeless situation, Balaark’s parents reached out to a pastor with their troubles. The pastor shared from God’s Word, and the family found peace in the hope of Christ. Jesus became the anchor that secured them through the storms of life.

Balaark gradually felt the Lord calling him to serve in ministry full time. After equipping himself at seminary, Balaark began his ministry in a village near his home. The wounds of rejection Balaark received as a child were healed by the love of the Lord, who accepted him unconditionally. But one childhood difficulty continued to hound Balaark: poverty.

Day by day, the cold wave was increasing. I had no sufficient amount to buy a new jacket.

Despite Balaark’s adequate support, life continued to throw unexpected financial burdens across his path. Balaark’s mother suffered from several health complications and couldn’t work, and his father could not afford her treatments. Balaark paid for his mother’s medical expenses out of his own pocket, often neglecting his own needs. The stress of family concerns and their lack of resources frequently inhabited Balaark’s prayer.

“During the winter season, I was going through tension because my mother was also very sick,” Balaark shares. “Day by day, the cold wave was increasing. I had no sufficient amount to buy a new jacket.”

Unable to purchase warm clothes for the looming winter months, Balaark made do with what he had.

Poverty, a Marker for Winter-related Suffering

Many people in the cold regions of Asia find themselves in a similar situation. To cope with the cold, people often stay in bed later and go to bed earlier, only venturing out when the weak rays of the winter sun are high in the sky. Groups gather around fire pits and layer all the clothes they own. Grappling with the cold becomes a daily occupation, often to the neglect of work—a huge sacrifice for those whose dinner is paid for by what they earned that day. 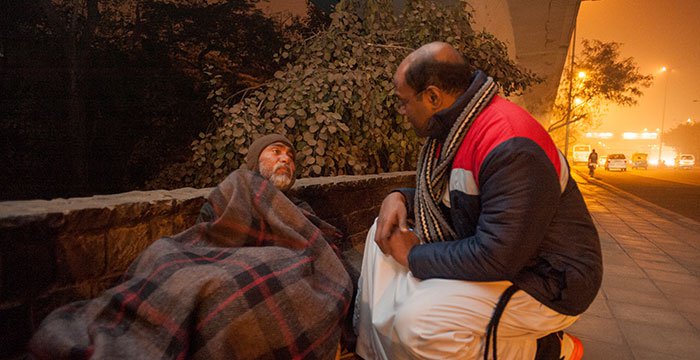 The Kathmandu Post reports that the lack of proper shelter, warm clothes and nutritious food are among the factors that cause poor and disadvantaged groups to suffer from cold-related conditions. In the article, Rameshwor Dangal, chief at the Disaster Management Division in Nepal, states the sobering truth, “The mortality is increasing every year.”

Despite the obstacles, GFA-supported workers regularly brave the inclement weather to share the hope found in Jesus.

“Ministry doesn’t stop—even if it is snowing like crazy,” shares Mark, a GFA photojournalist.

Gifts of winter coats, blankets, sweaters, hats and gloves have helped national workers in areas that experience winter conditions. They have also blessed countless homeless people who spend winter on the streets and victims of natural disasters who have lost everything. These practical gifts enable the love of God to be verbalized, demonstrated and felt.

One Bible college student who received a winter clothing packet said, “From the depths of my heart, I am grateful to God, who blessed me and allowed me to enjoy the winter with a shawl, sweater, socks and woolen cap. For me, it was not possible to buy it. I even had nothing in my bag when I came to study here. But God is so good.” 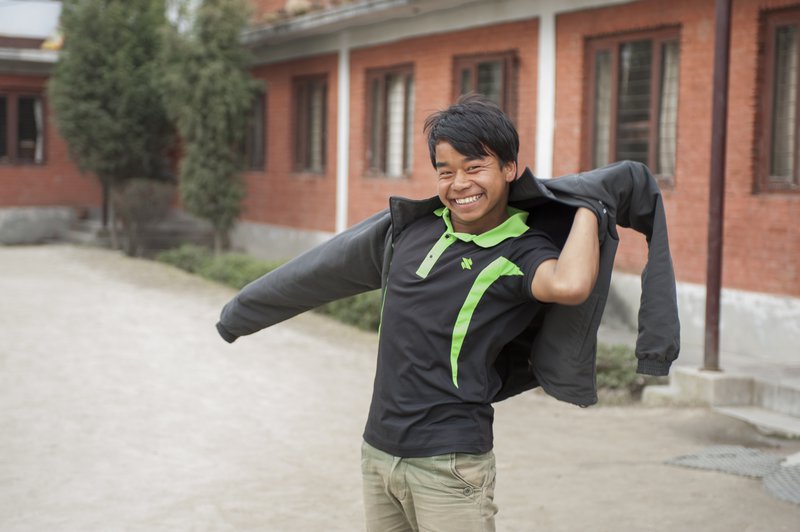 Wrapped in a New Winter Coat

As winter deepened, Balaark faithfully ministered to the people around him. Each morning, he spent time with the Lord before heading out. He asked for God’s help in the ministry work ahead of him and laid his needs and his burdens at the Lord’s feet. Trusting the Lord to go before him in all things, Balaark wrapped himself in his old coat and forged ahead, full of faith. He had no idea the Lord had already prepared a winter coat for him.

Ministry leaders on the field, prompted by the Lord, arranged a winter clothing distribution in Balaark’s area. The day Balaark received his new coat, joy filled his heart! God answered his prayers in an unexpected way. “I was thinking that I will adjust with my old jacket this winter season too,” Balaark shared. “But [ministry leaders] provided a new jacket. I am so grateful to our leaders…for their kind help.”

Invigorated by experiencing God’s provision and care, Balaark eagerly engages in his ministry. He talks with people on frigid streets and holds prayer meetings in unheated homes. Each morning before heading out, Balaark thanks God for His provision and protection. Warmed by God’s love during his prayer times and his new winter coat, Balaark braves the cold to spread the warmth with others.