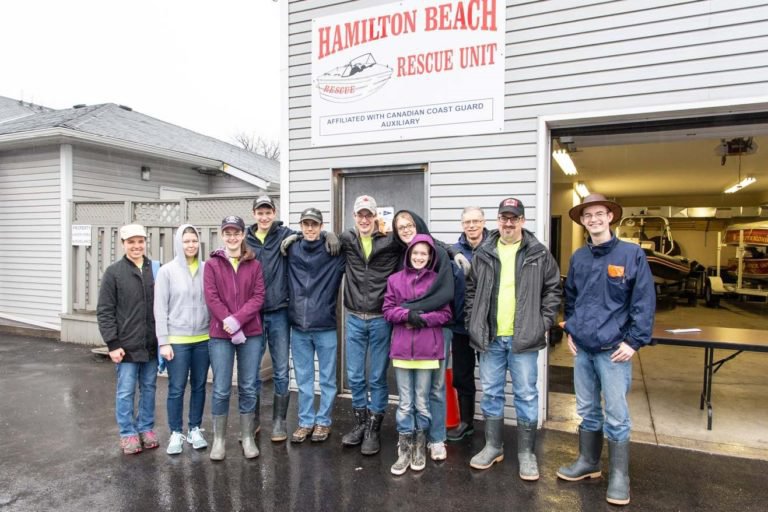 HAMILTON, ONTARIO – The name Tim Horton is almost synonymous with Canada. Horton was a first-team All-Star three times in his 24-year career in the National Hockey League. In 2017, he was named as one of the 100 Greatest NHL Players of all time.

Ten years before his untimely death in an auto accident in 1974, Tim and his business partner, Ron Joyce, opened a doughnut shop in Hamilton, Ontario. It was the first of more than 4,600 stores that would eventually exist by 2013.

As Tim left the doughnut stores as his legacy, the company continues to leave a legacy in Hamilton. Each year it partners with the City of Hamilton in a Team Up to Clean Up campaign.

Team Up to Clean Up is a city-wide community cleanup program that attracts more than 20,000 enthusiastic volunteers across the city, each year. The City of Hamilton’s Keep Hamilton Clean and Green Committee supports residents and community groups to help keep their neighbourhood, park, trail or alleyway clean by providing gloves, specially marked garbage or recycling bags and graffiti wipes.

Members of the GFA World staff and students headed out early on Saturday morning, April 28, 2018, to the Hamilton Beach Rescue Unit, for the 11th Annual Team Up to Clean Up event.

A group of local volunteers assembled at the headquarters of the Hamilton Beach Rescue Unit at Beach Boulevard to collect their garbage pickup supplies: free gloves and orange garbage bags.

From there, they spread out along the Lake Ontario beach and spent the morning cleaning up the shoreline. After a morning of hard work, volunteers returned to the Rescue Unit for free hotdogs and coffee from the event’s sponsor, Tim Hortons. Councilor Chad Collins who was there as the City of Hamilton’s representative expressed his appreciation for everyone who came out to Team Up to Clean Up the community.

When it comes to leaving a legacy, the GFA World team is demonstrating the love of Christ by their participation to keep Hamilton, Ontario, clean and helping to make it a better place to live.

To gain additional insight into Hamilton’s Team Up to Clean Up, watch this short video.