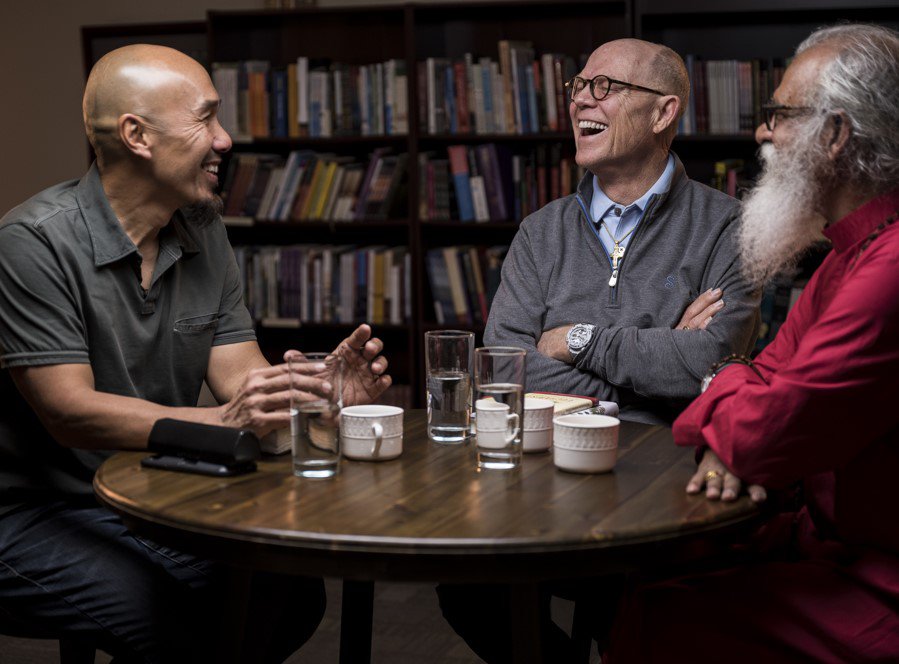 Three of America’s high-profile church leaders are urging Christians to shun divisiveness and work toward greater unity and humility in the church.

Because the Holy Spirit has empowered me for service, I have the ability by God’s grace to be a transformational agent in the world.

“(People will say) Francis is teaching some weird stuff, and K.P. is dressed really weird, and Hank… we all know (he) went off the deep end,” Chan said, referring to Hanegraaff’s embrace of Eastern Orthodox teachings.

Quest for ‘Deep Faith Beyond Personalities’

Describing the church in America as “splintered,” Chan said he’s being challenged to discover a deeper faith beyond 21st century American evangelicalism -- which, he said, often focuses on personalities and theological squabbles.

Yohannan -- who describes his own personal trials in his new book Never Give Up: The Story of A Broken Man Impacting A Generation -- challenged believers of all theological stripes to practice humility and follow the example of the early church in the Book of Acts.

The mission pioneer – with Canadian-based organization GFA World, transforms millions of lives across Asia with God’s love -- said God was teaching him humility and “to die to my reputation.”

“(In America), we think we are the church, and we’re to sit on the top of the mountain and lead the whole world,” Yohannan said.

The church, Yohannan said, should not consist of fragmented groups following charismatic individuals. “The early church fathers taught not to (the) individual, but to the Body (of Christ).”

Hanegraaff, author of Truth Matters, Life Matters More, agreed the church today has much to learn from the early church’s teachings and practices. “Christ is building His (church) and the gates of hell will not prevail upon it,” he said. “We are new creations in Christ. Because the Holy Spirit has empowered me for service, I have the ability by God’s grace to be a transformational agent in the world.”