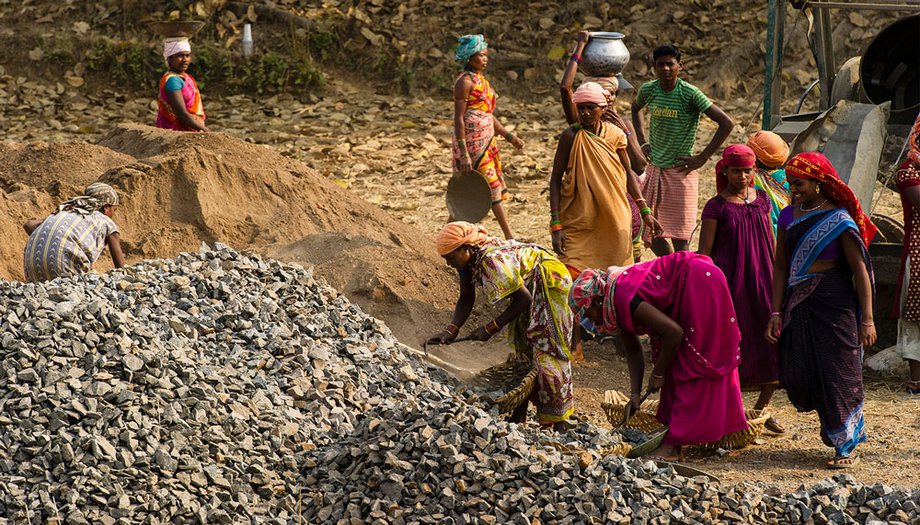 When considering the issues of poverty and lack of education, an old saying comes to mind: “Which came first, the chicken or the egg?”

Poverty and low education are each self-perpetuating: Those born into poverty (or illiterate households) often live the remainder of their lives in that same condition and have nothing more to offer their children.

What’s more, it is as if poverty and low education have a magnetic attraction, relentlessly pulling those who are caught in one cycle deep into the other too.

Kristina Birdsong, a writer for Scientific Learning, sums up the relationship between poverty and education by saying, “Today more than ever, education remains the key to escaping poverty, while poverty remains the biggest obstacle to education.”

Let’s look at one example:

With her husband out of the picture, illiterate Dayita was forced to become the sole provider for her four children.

Dayita is a mother in living with four children. Poverty and illiteracy permeated her village and her life. Dayita’s husband had consumed so much alcohol that he became too sick to work or even get out of bed, which meant Dayita had no choice but to be the family’s sole breadwinner.

But she was illiterate. 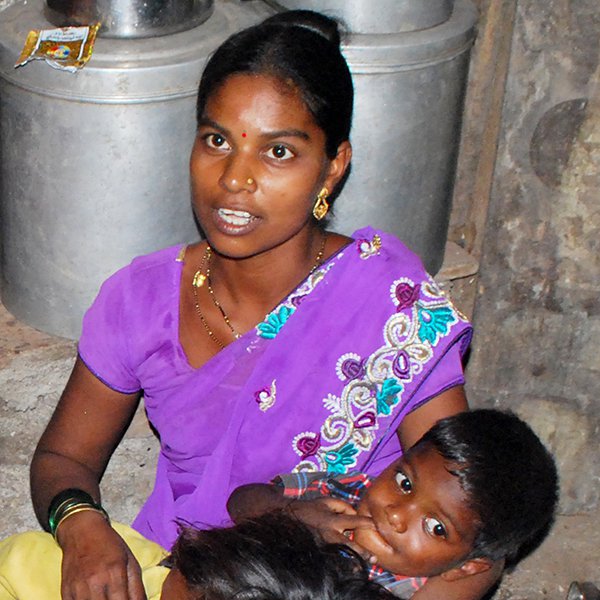 What job opportunities did she have? Manual labor. She and many other illiterate women in her area collected firewood from nearby forests and sold it to provide for their families. It was physically taxing work that kept her from being with her children and still paid very little. But it was all she could do.

Education remains the key to escaping poverty, while poverty remains the biggest obstacle to education.

Dayita’s illiteracy and poverty set the trajectory of her children’s lives, too. The fight to obtain morsels of bread for their hungry tummies consumed all her strength; sending her children to school was not even something to dream about. And Dayita couldn’t teach her children anything of the alphabet or of mathematics, knowing none herself. Instead of going to school, her four kids roamed around the village, “cared for” by the eldest child, 7-year-old Kasni.

The cycles of poverty and illiteracy were continuing in Dayita’s family, and there was nothing she could do to arrest them.

Dayita was not alone in her plight.

In 2014, some 263 million children and youth were not attending school, and more than 70 percent of the out-of-school children who should have been in primary or secondary education lived in sub-Saharan Africa and Southern Asia. In the United States, a report revealed that in 2014, “approximately 15 million children under the age of 18 were in families living in poverty.”

Many impoverished families know education is the long-term solution to their financial troubles, but it is out of reach. A family’s financial position influences more than you might think upon initial consideration.

The father who works from sunup to sundown seven days a week will have little time to mentor his children. The same could be said of the mother who labors in the fields all day. During their most formative and vulnerable years, millions of children are left alone during the day to wander in their villages. Many will adopt poor social habits and learn nothing of respect or self-discipline. School is out of the picture for them; all the family’s energy must be focused on providing food and shelter.

Many impoverished families know education is the long-term solution to their financial troubles, but it is out of reach. A family’s financial position influences more than you might think upon initial consideration.

One day, some staff members from a local GFA World-supported Bridge of Hope center met Dayita and her family. Upon hearing of her struggle and seeing the condition of the family, the staff members offered Dayita’s 7-year-old daughter, Kasni, the chance of a lifetime: the opportunity to go to school.

That day changed the course of Dayita and Kasni’s family: The cycle of poverty and illiteracy began to break.

Dayita’s 7-year-old daughter Kasni is now enrolled in a GFA-supported Bridge of Hope center and is learning skills that will enable her to leave the cycle of poverty behind.

At the Bridge of Hope center, Kasni began learning subjects such as arithmetic, science, language skill and history. She also had opportunities to learn about art, dance, respect and self-discipline. She thrived in her new environment, and her joy spread to her family.

Kasni is just one among 75,000 children enrolled in GFA’s Bridge of Hope Program. Through Bridge of Hope, these children and their families are finding a new way of life—a life that leads to hope and a door out of poverty.