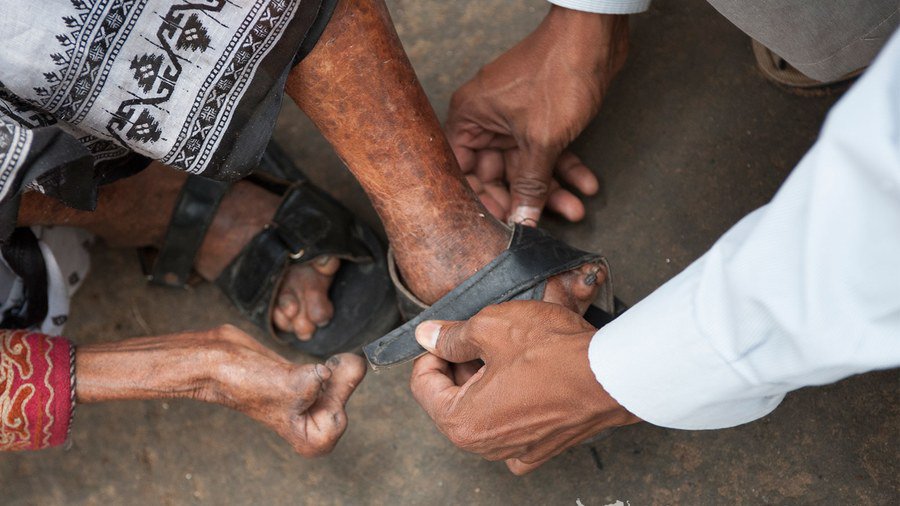 That’s something most people affected with leprosy can repeat over and over again. The chronic, infectious disease has left them shunned, cast out of their homes, without family, without friends, clustered in colonies with others suffering from the same disease.

Today, tens of thousands of people across the globe suffer from leprosy, also known as Hansen's Disease. This bacterial infection initially does not have symptoms and typically remains this way for 5 to 20 years. It not only affects the skin and destroys nerves, but it also brings incredible, unbearable shame for many who get sick. Although leprosy is easily treated and not highly contagious, the disease’s stigma is so great in certain parts of the world that a diagnosis means a lifetime of isolation.

This social stigma can be devastating—perhaps even worse than the disease itself. In their time of need, men, women and even children may be expelled from their homes and shunned by their community when leprosy is discovered on their bodies.

Because the disease affects the nervous system, the areas of a person's body affected with leprosy become numb to many things that ordinarily cause pain. When people suffering from leprosy can no longer feel pain, they can easily injure themselves. These injuries can become infected, resulting in tissue loss. Ultimately, people with leprosy can lose portions of their fingers, toes and even limbs. 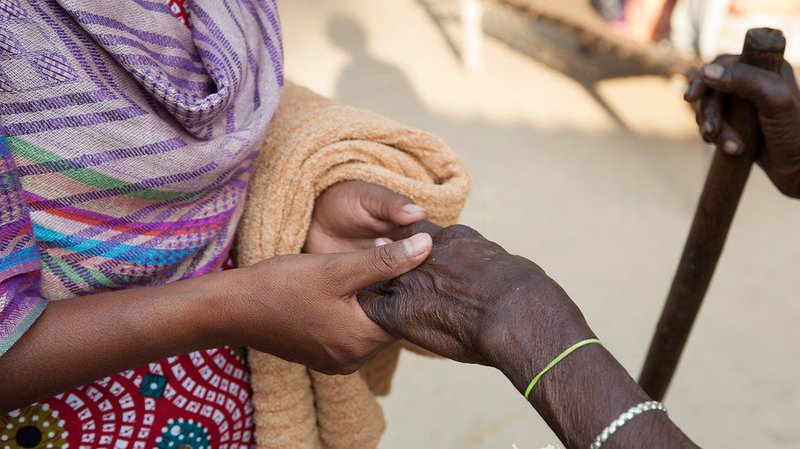 The social stigma can be devastating—perhaps even worse than the disease itself. In their time of need, men, women and even children may be expelled from their homes and shunned by their community when leprosy is discovered on their bodies.

Leprosy can be cured without permanent damage if medical help is sought immediately. Unfortunately, the shame and social stigma surrounding the disease can cause leprosy to be viewed not as a curable disease but as a curse. In remote places and among the poor, diagnosis and treatment often come too late.

Bahula and her two companions helped the sick woman to her feet and brought her back to their home. After they washed her and gave her clean clothes to wear, they gave her something to eat and drink, and they prayed for her.

The following morning, the woman overflowed with love toward Bahula and the other GFA-supported women missionaries, profusely thanking them for helping her in her most desperate time of need.

”
- A woman with leprosy, to Bahula

Bahula herself grew up in a leprosy colony. One of her relatives lived with the skin disease, but Bahula never had compassion on those who were affected. She had been just like the others who had walked past the woman, not caring to help or get involved in their lives. But after she surrendered her life to Christ, Bahula found herself being sent to serve among leprosy patients time and time again. She wondered why God kept bringing her back to the same place—and especially to her own village—but now she sees it as His perfect purpose for her.

“Now, when we clean their wounds and I see the swelling and the blood, I feel like I am really doing God’s ministry,” Bahula says. “This is where God is present, and I feel that through this ministry, I’m really serving the Lord. I have peace in my life.”

GFA-supported Leprosy Ministry started as a small effort in 2007 to help a few people suffering with leprosy. Pastor Tarik Paul helped lead it at the beginning, and now “Reaching Friends Ministry” quickly became one of the largest GFA-supported ministries in the region.

We thought we would name the ministry differently, where they won’t have to remember their sickness or feel the stigma of it. It is only the sickness that keeps them different, but let us not make that a barrier. Let us accept them as friends.

God does not see people afflicted by leprosy as cursed. Instead, He loves them enough to send Jesus to die for them.

Watch this encouraging video, as Ashley shares about her visit to a leprosy colony, how she interacted with these precious people and how it changed her life!