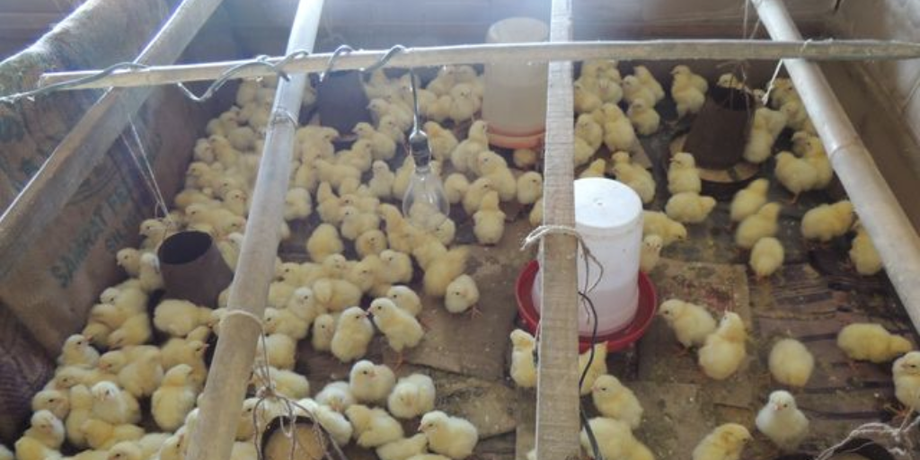 Parbeen looked around his farm after a hard day of work. His eyes scanned the fish ponds full of stock, and he could hear his cow mooing in its shed and his chickens clucking in their coop. He felt God’s loving hand on his life as he took care of what He had entrusted him with. The poverty he once battled was now no more—and it all ended the day 100 yellow chicks were handed to him.

Parbeen grew up in a village that was dedicated to religious tradition, ancient ancestors and gods and goddesses. One day, Parbeen found hope in Jesus, and from that day forward, he lived for Christ. Although his family was not happy and disagreed with his new beliefs, Parbeen desired to stand strong in his faith in Jesus.

Over time, Parbeen moved with his wife out of his parents’ house and became involved in his local church. He also worked as a famer and started a family, but poverty was a struggle consistently before him. 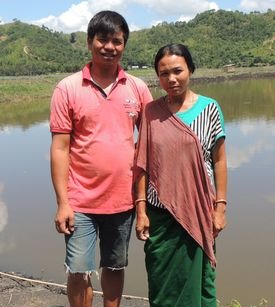 Meeting People Who Helped the Needy

In 2006, Parbeen met a few GFA-supported workers who had come to his village to make a difference. Through their encouragement and prayers, Parbeen grew stronger in the Lord. He found fellowship with his brothers in Christ and enjoyed prayer meetings with them from time to time. Parbeen, his wife and their children eventually began to attend the local church led by a GFA-supported pastor.As the pastor saw Parbeen’s faithfulness to God and the church, he also noticed his struggle with poverty. The pastor requested of his leaders that Parbeen be a recipient of a Christmas gift. One glorious day, 100 fuzzy chicks were handed over to Parbeen. The possibilities of improving his income now escalated.

With tender and diligent care, Parbeen started a chicken farm. This new source of income would more than just help him get by and feed his family; it would make a lasting impact on his finances—like livestock can do for many impoverished families across the globe.When the chicks grew into healthy chickens, Parbeen made a contract with a dealer that would buy his chickens. As Parbeen faithfully worked on his small chicken farm, the Lord blessed him, and he was able to purchase a fish farm with the money he had saved.

To this day I am thankful for the church for bringing me to this position. Though I am not rich, I am not poor either now, and I can boldly say that it is because of the love of God. It is God’s blessings in my life.

Parbeen’s fish farm succeeded like his chicken farm had, and over time, he was able to buy a cow with the money he earned through his farms. Everyone who knew Parbeen noticed how his business was succeeding. They saw the blessing of God in his life.

Giving God the Glory for Ending His Poverty

“To this day I am thankful for the church for bringing me to this position,” Parbeen said. “Though I am not rich, I am not poor either now, and I can boldly say that it is because of the love of God. It is God’s blessings in my life.” Parbeen gives generously to the church as the Lord gives him means. He has been blessed to see how the church has looked after the poor. It has captured his heart as he realized the help for the poor is given freely, just as Christ’s love is offered freely to all who receive. Parbeen daily cares for the chickens, fish and cow the Lord has provided for him. It is his greatest hope and prayer that his parents will come to know Jesus.

Life-changing gifts from GFA’s Christmas Catalogue are distributed on the mission field throughout the year, and so we also receive gifts for this purpose each month of the year.

Visit 👉 Gifts That Change Lives to learn how you and your family may bless a needy family in Asia. Thank you, and may God bless you more abundantly so you may continue to be a blessing to others!

Read how another man was blessed with a Christmas Gift!